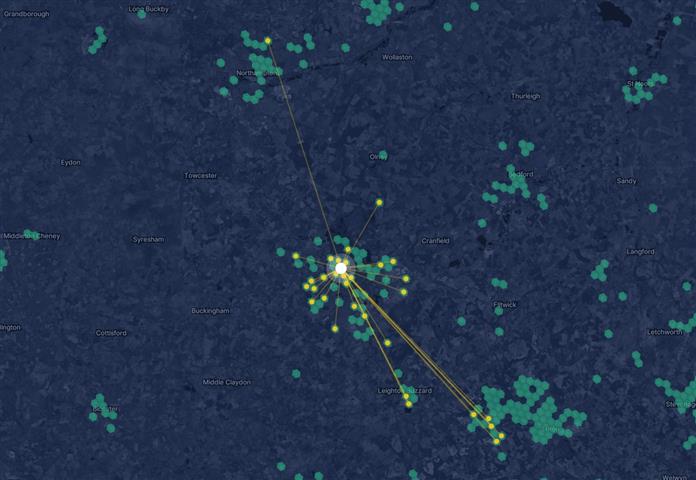 There’s a new layer to the internet being a mesh network that has been specifically created for a class of IoT (Internet of Things) devices that are low powered and transmit their data over radio waves within a slim radio frequency that is unpopulated by the myriad of other polluted bands.

The IoT devices that utilize the LoraWAN (Longfi) network are such things as:

Air quality sensors for environmental factors, not only for localized temperatures but for pollutants and toxins

Industrial sensors for production and machinery

Often these sensors are battery operated and designed to run for years remotely, this is made possible by the data connections that are possible over radio waves as it is often not possible to connect to regular WIFI due to its fairly short-range coupled with remote locations and cellular data is expensive with bulky hardware that has a fairly high power drain on such small devices.

The data for the IoT devices is transmitted with a ‘hotspot’ that is connected to the internet and an antenna that should ideally be mounted outside, as high as you can get it (safely) as radio waves travel through a line of sight and can be blocked by buildings, trees and other structures.

Other factors like the topography of the land where a hotspot is physically located can affect the line of sight and so other hotspots known as ‘witnesses’ cannot be contacted, but data can still be transmitted to IoT devices within range that may require it.

The Helium network incentivizes hotspot owners with mining rewards in the form of HNT tokens for supporting the Helium network that involves sharing their internet with data packets as well as the setup cost of the hardware involved.

The hotspots location is important as a series of hexagons (six-sided shapes) cover the whole world getting smaller with a hotspots setup area being a 300-metre ‘hex’, the idea is to have a hotspot every 300 metres, these hexagons are setups as resolutions, more info can be found on https://docs.helium.com/wallets/app-wallet/hexagons/

If there is more than one hotspot in a 300 metres (res 12) area, then earnings with the mining are affected due to ‘reward scaling’ so the idea is to only have one hotspot per hex.

Creating challenges to other hotspots

Witnessing challenges to other hotspots

Data to the IoT devices

There are different rewards with each of the scales, reward can vary wildly depending upon your location, not only with the number of hotspots closeby (or far to you) but also with a physical line of sight, if your antenna is located in a dip or valley the radio signal will find it hard to escape this space if your (antenna) is located high, the radio signal will travel much further.

Unfortunately, many bad actors have taken advantage of PoC (Proof of Coverage) by spoofing their miners location/s, setting up one or many close to other legitimate miners (Hex), they then provide fake coverage to each other and gain rewards with the ‘located’ miners in a single room away from the actual asserted locations, all talking to each other, this affects the network greatly by not only disregarding and disrupting the service network with the IoT devices that depend upon it but also by stealing others legitimate users rewards with fake rewards and therefore overall dilution.

It is not only single bad actors taking advantage but manufacturers have been in on the act with COTX being removed from the Helium network by not allowing future onboarding of their miners, this may change in the future but some will lose out such as unsuspecting purchasers of the devices on third party selling websites like eBay – only finding out after the packaging has been removed with the miner simply not being able to get onto the Helium network with the onboarding process.

The HIP (Helium improvement proposal) has made inroads to rectifying this problem by weeding out the bad actors but spoofing is still possible and taking place on the Helium network for now (October 2021).

Get a FREE Helium hotspot miner for residual income 🙂 https://krumz.ihub.global/site/