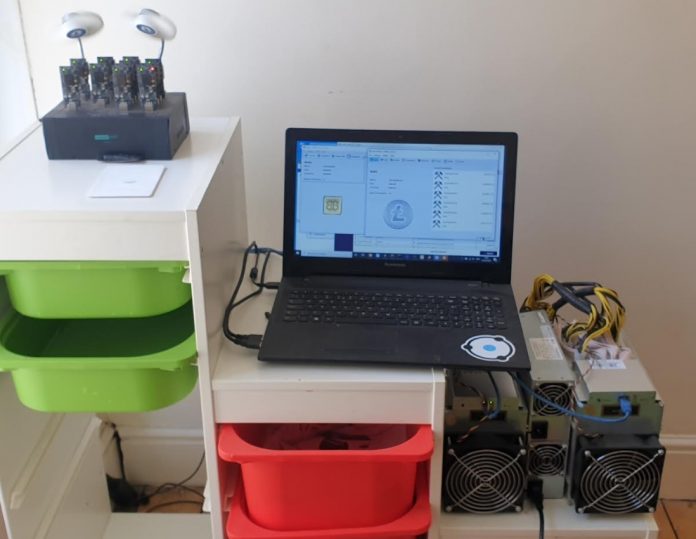 PoW (Proof of Work) is the original decentralized consensus algorithm and method with blockchain network cryptocurrency networks, the first coin to utilise this was BTC (Bitcoin) and PoW is still in use with it for the minting of new coins.

On a PoW network and blockchain, the miners (users) run expensive mining equipment (hardware) to compete with each other and solve complicated mathematic problems in order to ‘win’ a block reward.

Cryptocurrency transactions are sent and received all the time and at high speed and rate, in order to have a secure network, each transaction must be included in a block with many others which is then confirmed by a miner (who won the race) and then is verified by other miners or nodes across the network. The first miner to verify the block (and solve the overall hash equation) gets the block reward after being confirmed on the network, this newly created block is recorded onto the ever-increasing blockchain with the extraction (mining) method and details, all this info is visible on a block explorer.

This all sounds very lovely and straight forward but it is not that simple to just set up a cryptocurrency hardware miner and start mining blocks as there are other miners with, at times, MOAR equipment which produces MOAR hashpower than your little setup, don’t let this diswade you as there is a much MOAR greater chance of finding a block reward with many cryptocurrencies when mining than there is with say, winning a national lottery – if you don’t try, you will never know 😉

In some instances it is not worth solo mining to compete for the blocks due to the high network hashrate or high difficulty – it is better to take part in a mining pool with other miners; if a block is found by any particular miner in the pool, the reward is divided amongst them – the rewards are lower but generally MOAR regular and are regularly referred to as PPS, PROP, PPS, PPLNS, PPS +, SMPPS, ESMPPS, RSMPPS, CPPSRB, FPPS, HBPPS, RBPPS, PPSW, POT, BPM, Puddinpop, Eligius, Geometric, DGM, Triplemining, Score (Proportional) and Party mining.

Satoshi Nakamoto, the father of Bitcoin